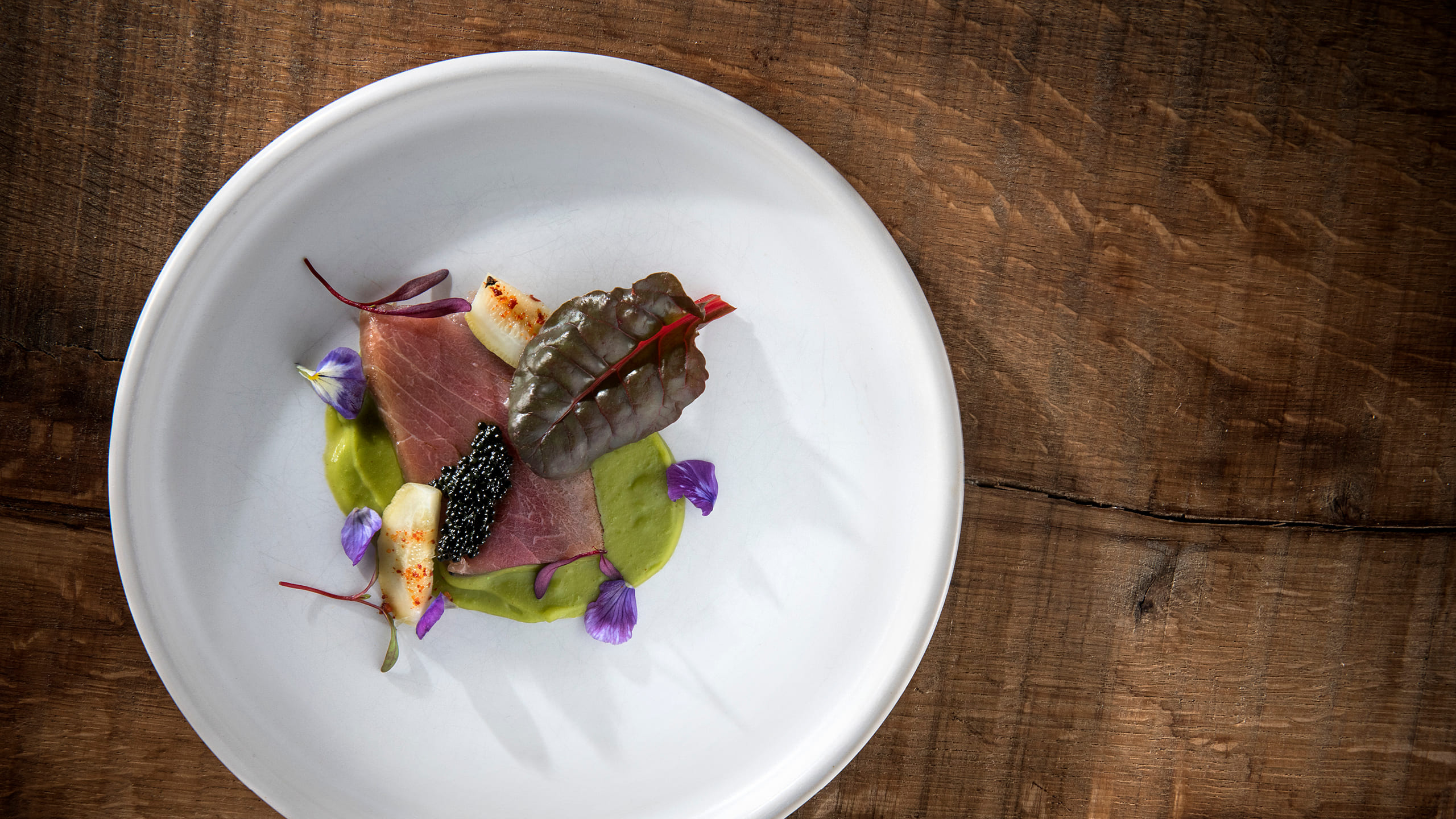 European capitals can sometimes steal away from the second cities’ limelight, yet it’s often in these urban settings where the most inventive food and wine culture flourishes, reports William Hersey

While Europe’s starry capital cities such as Paris, Rome and Lisbon remain seductive, it’s far too easy to overlook their alternatives. Those under-the-radar second-tier cities that might not have the same big-league recognition, but frequently are more approachable, atmospheric and authentic, with distinct and diverse gastronomic styles of their own.

In fact, when it comes to the food scene, you’ll often find a healthy respect for classic dishes in tandem with a progressive and creative spirit. Frequently restaurateurs, bar owners and sommeliers are willing to tell you more about their town, and the vineyards that surround it.

Take Bordeaux. One of the world’s great wine cities, it is thriving again after a major 21st century makeover, but still retains plenty of that old world charm we once associated only with Paris, which is now just two hours away by train.

Wine remains front and center here, of course, with opportunities to try a glass at every turn — from wine experiences such as Max Bordeaux, which offers many premier grand crus by the glass, through to locals’ favorites like the Vins Urbains wine bar in buzzy St. Pierre, and new additions like Tchin Tchin, a quirkily decorated natural wine bar and shop within easy stroll of the Garonne river.

For proper dining, it’s hard to resist the institution that is La Tupina. But take the chance to try one of the new wave of openings, like Restaurant Mets Mots in the up-and-coming Quartier Saint-Seurin. Set up in 2018 by three friends, it offers a relaxed approach to modern fine dining, with a lunch menu that changes daily and the dinner menu monthly. “In Bordeaux there are a lot of young chefs with the same philosophy as us — small restaurant, small menu options, fresh products,” says chef Léo Forget.

Head south along the Atlantic Coast and you’ll soon be in Spain, past foodie mecca San Sebastian, famous for having more Michelin stars per square meter than anywhere else in Europe, and on to Bilbao, a gateway city to the fabled wine region of La Rioja. “Here, life revolves around the kitchen,” says chef Alvaro Garrido, whose highly refined Mina offers a tasting menu of 10 to 14 items “defined by the season, the market and the local products.”

Here, it’s less about a new food scene than a continual attitude. “Traditional cuisine and the new generations of cooks co-exist with the same joy that families do in the streets,” says Garrido, who also owns the nearby riverside wine bar Txinpum!, with a focus on natural and biodynamic wines.

At Mina, the box seat is one of the eight stools by the kitchen, which act as an unofficial amphitheater for watching Garrido at work. “We use onions from Zalla, a little town very near to Bilbao,” says Garrido of his signature dish, purple onion with squid broth and caviar. “It’s a tribute to one of our local products, maybe the humblest.” He suggests pairing it with a 100-percent Viura wine from Buradon for its citrus and floral notes, and its smoothness, minerality and salinity on the palate.

Further west to northern Portugal and to a city so steeped in viniculture, it gave its name to the fortified wine made in the Douro valley to the east. Porto is riding a wave of goodwill, partly thanks to how it has protected its past. But it’s also a city emerging from Lisbon’s shadow as a creative and industrious force of its own, well-illustrated by the current restaurant scene.

In the last five years, chefs like Vasco Coelho Santos and Jose Santilla, now one of Portugal’s most prominent, have led a new wave. “There are a lot of people that are looking for different ways to show their cuisine and that’s amazing for the city,” says Coelho Santos, whose first restaurant, Euskaldana Studio was pioneering not just for its consciously experimental approach but for giving other young chefs the confidence to try themselves. Semea by Euskalduna brings the same approach to a larger crowd but in a more casual atmosphere.

“The restaurant is about sharing,” says Coelho Santos, something that’s unlikely to happen if you order his prized take on French toast, shaped in a cube and served with a scoop of Serra’s cheese ice cream, produced in Portugal’s mountain region to the southeast. It’s best served with Moscatel Quinta do Portal Reserva 2007, an amber sweet wine from the Douro valley, naturally.

Back across the Mediterranean and to the vineyards of Campania around Naples in southern Italy, where some vines are said to go back to the ancient Greeks who first brought them there. Tradition can dominate the food scene in this charmingly unpretentious southern city too, so it’s worth taking note of openings such as new and forward-looking wine bars like Oak Napoli. With its arty murals and lively clientele, it’s a good place to try local wines by the glass from a menu that’s updated three times a week and puts the emphasis on wines produced with low intervention farming.

It wouldn’t be a road trip without dropping in somewhere unexpected and for that, it’s to the Alps, where Austria’s southernmost wine-producing region of Styria remains something of a secret even to nearby Europeans. It’s often likened to Tuscany for its rolling vineyards, poplar trees and medieval towns, of which the vibrant city of Graz is its capital.

Try the stylish and laid-back Kunsthauscafé, an adjunct to the city’s notorious and striking modern art gallery nicknamed the alien, which has quickly become something of a modern-day institution, and is a good spot to acclimatize with a glass of local wine, predominantly light, dry whites that are often aromatic from the cooler climate.

Not much Styrian wine is produced, but what is, rarely disappoints. Low volumes, high-quality. It’s a criteria that we might all try to remember when choosing where to travel to next. 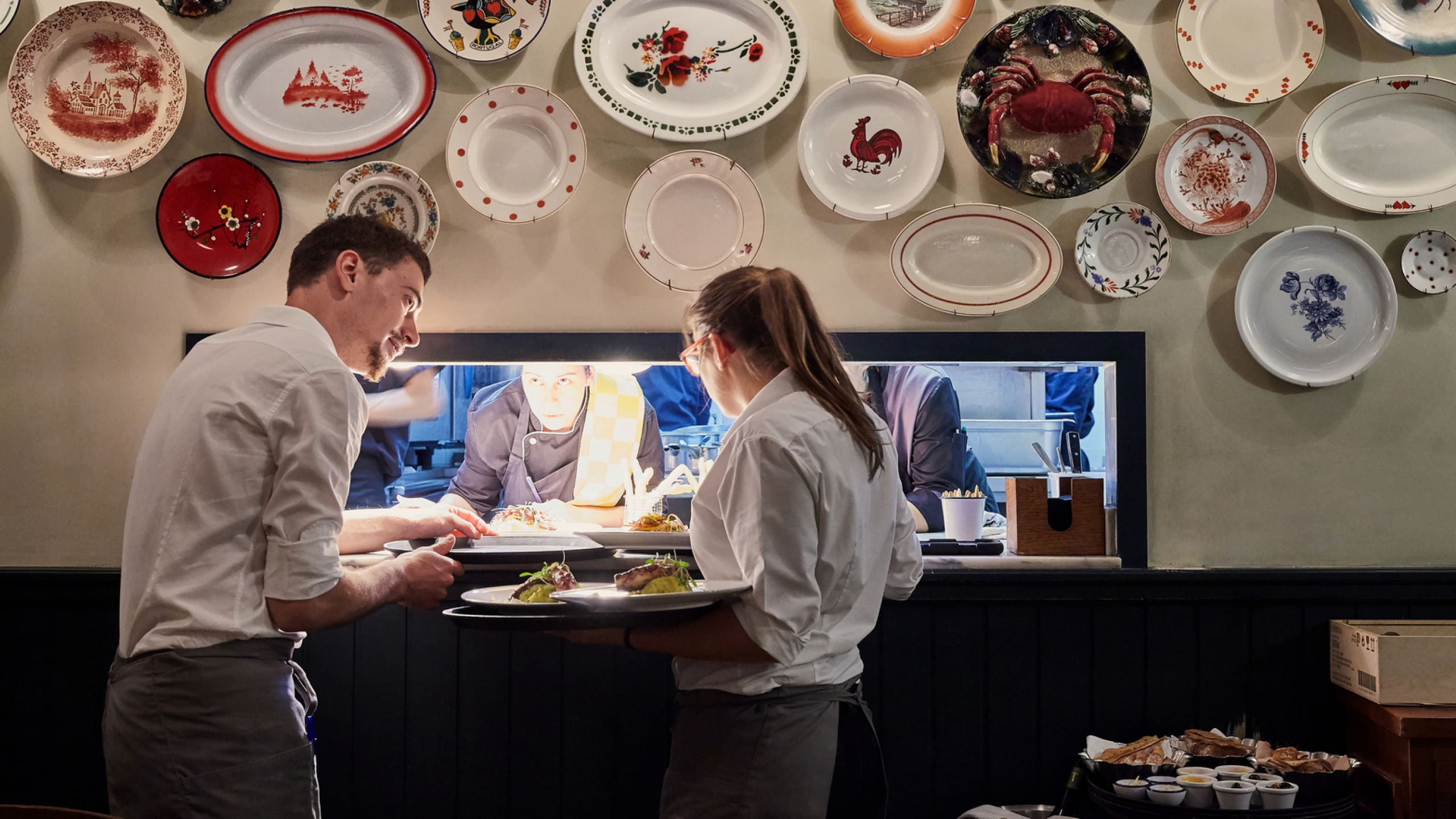 If food could speak

If a restaurant’s décor can ever be considered an analogy for its cooking, Cantinho do Avillez in Porto sets the tone as soon as you walk in. Hanging vintage chopping boards, red banquette benching and mid-century modern details mix with simple chairs and tables, preparing you for a subtly inventive take on traditional dishes, executed in a style that has made Jose Avillez one of Portugal’s most celebrated chefs.

“Deep fried green beans are a traditional dish but ours are crunchier and served with a tartar sauce,” says Avillez, who first came to prominence with his two-Michelin star Belcanto restaurant in Lisbon. “Salted cod is one of the most popular ingredients in Portuguese cuisine. Ours combines flaked confit cod with bread from the Mafra region, savoy cabbage, green beans and egg cooked in low heat, and olive spheres.”

So highly does Avillez value the role of wine in the restaurant experience, he’s developed his own with winemakers including José Bento dos Santos of Quinta do Monte D’Oiro (“hill of gold”), in Estremadura, 30 miles north of Lisbon. “The area has been praised in various documents dating as far back as the 17th century as a privileged terroir that produces great wines,” he adds. Naturally, all his collaborations are on the wine list.

Which just leaves Avillez’s recommendation for desert: “If you love hazelnut, you can’t miss ‘Avela3’ (Hazelnut3), a decadent combination of hazelnut ice cream, hazelnut foam, freshly grated hazelnut and fleur de sel, all served in a glass, in generous layers. You dip the spoon in and enjoy all the layers in a single bite. Unforgettable.” 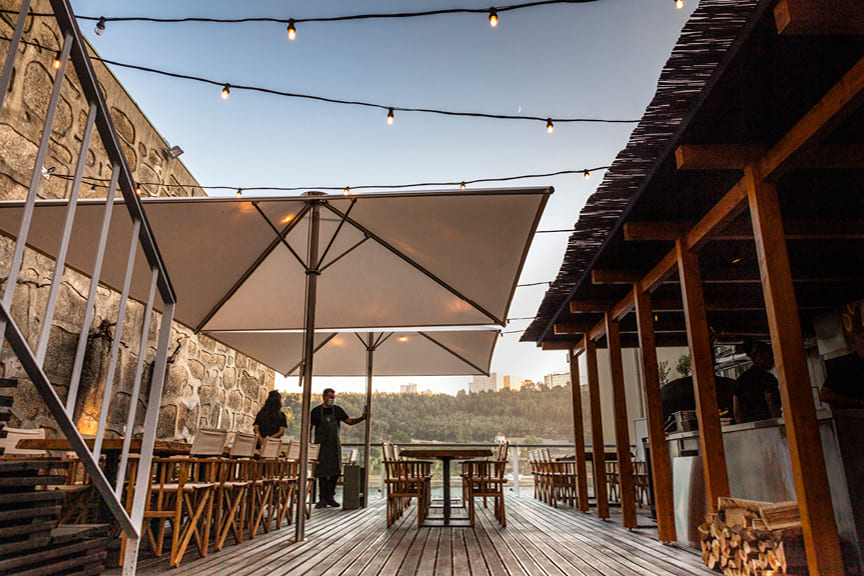 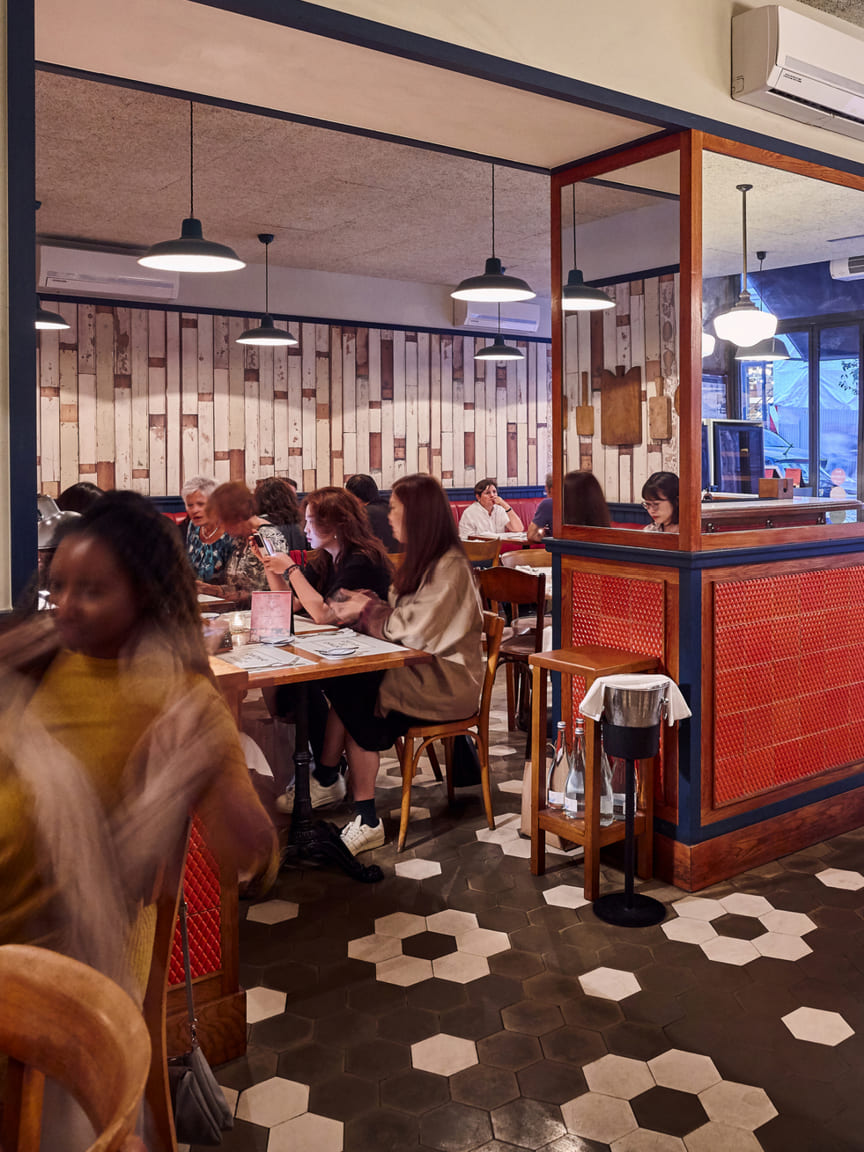 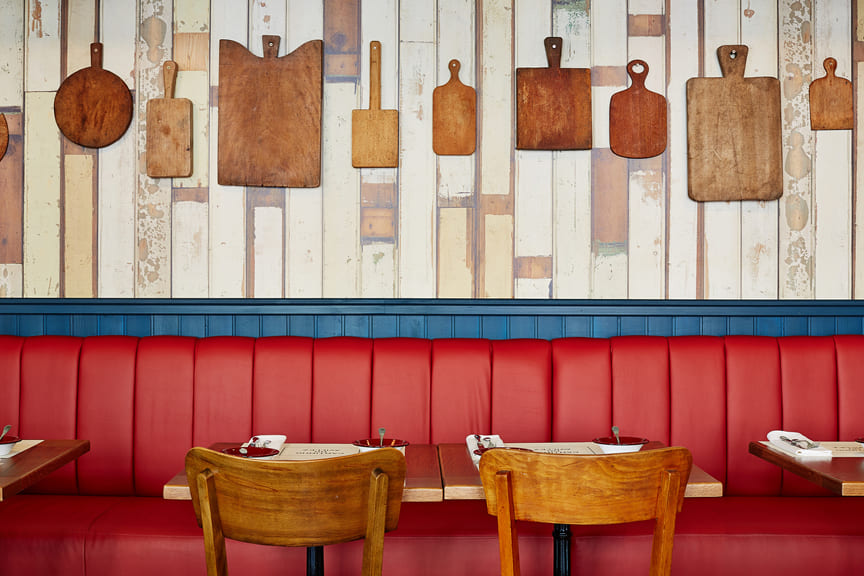 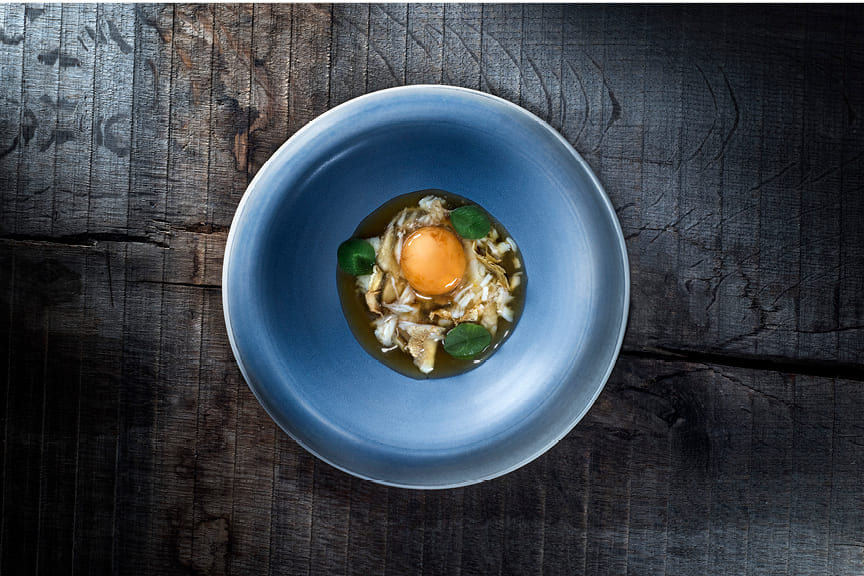 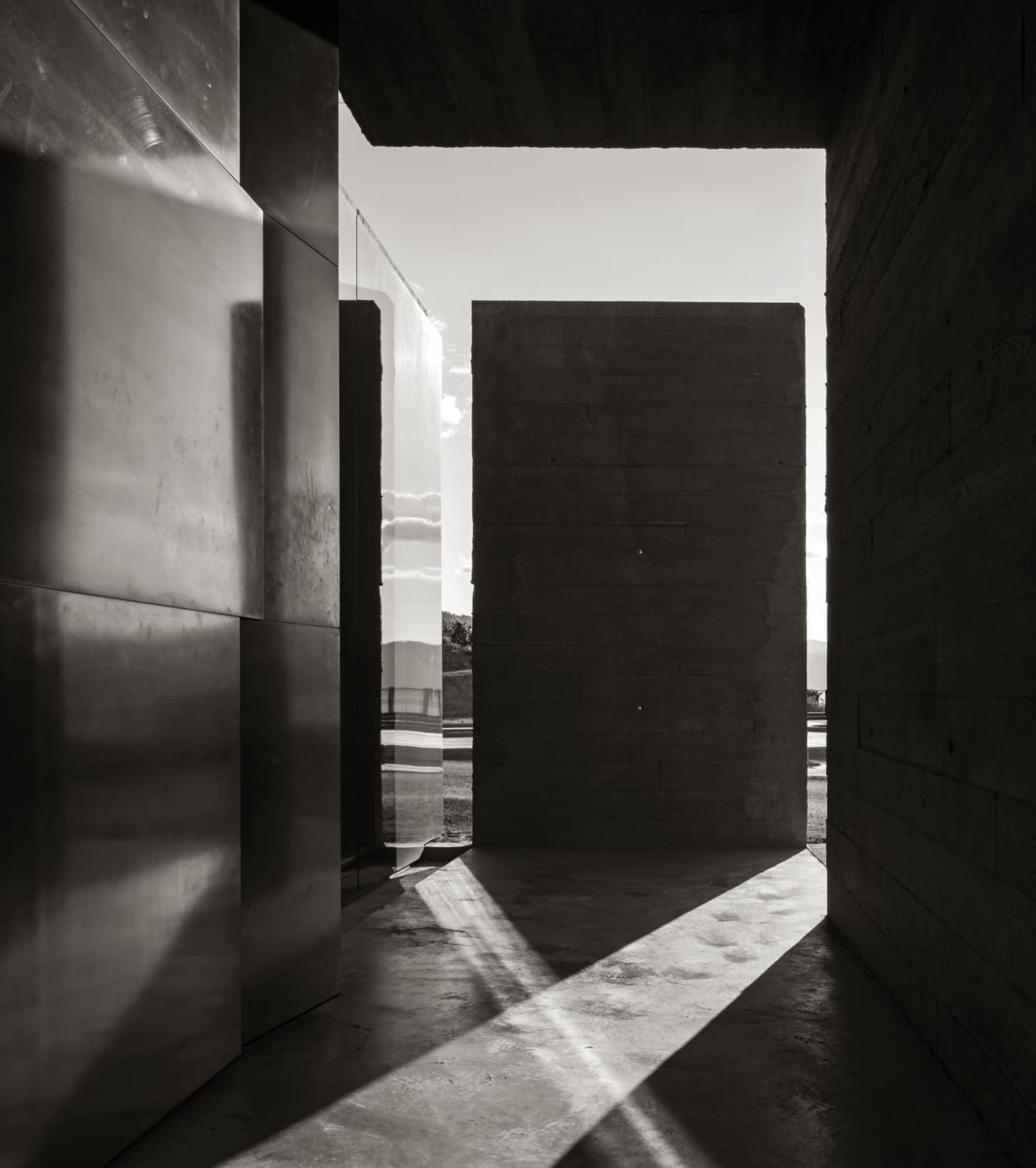 Can architecture fundamentally alter our wine experience? Some of the world’s finest wineries believe that building design can, as Jonathan Bell takes a tour. 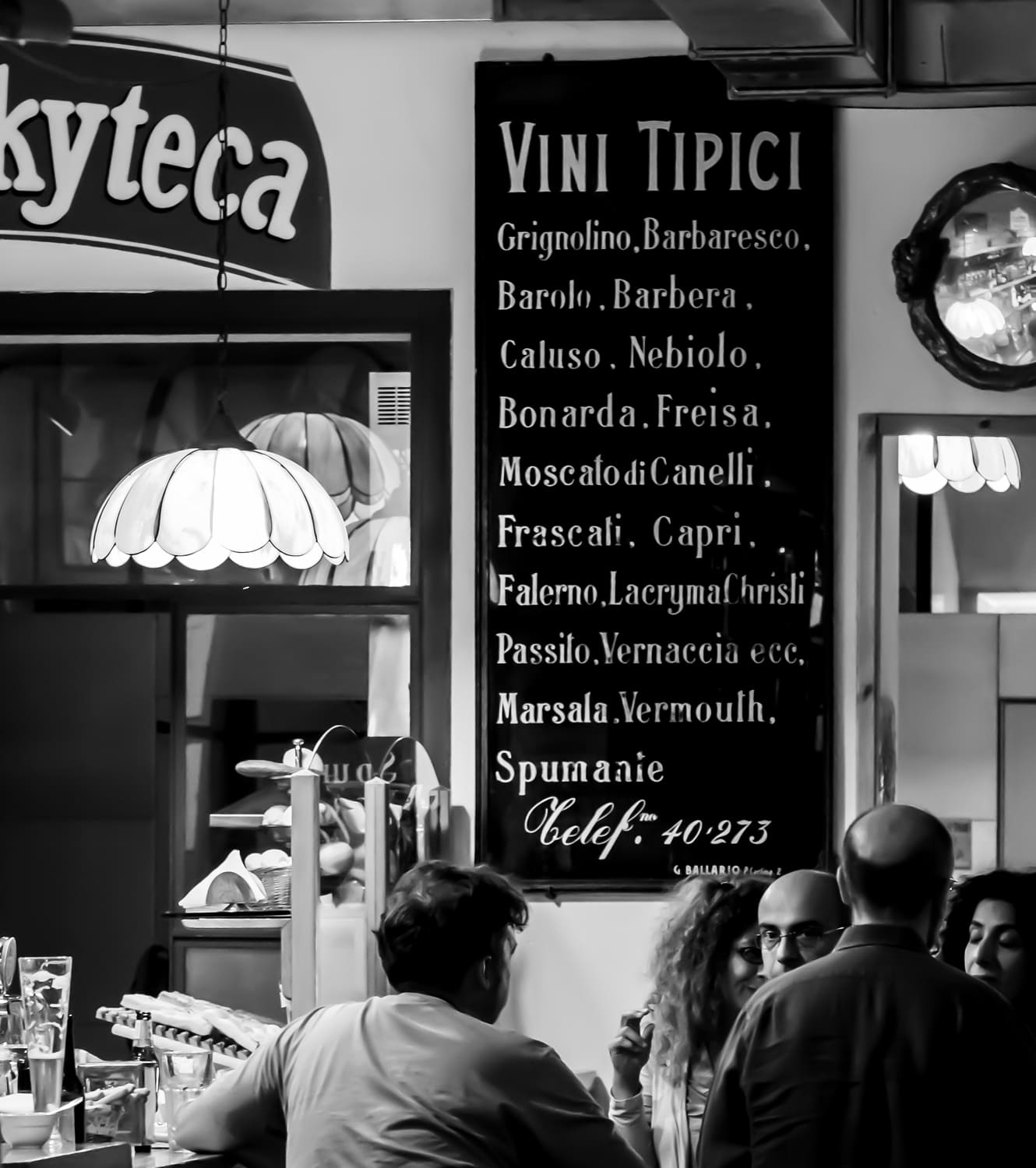 Commencing our Italian road trip in the Langhe and Roero in Piedmont, where we visit the wineries and sample the cuisines that express this unique place.